You have no doubt heard about the baccarat card game. Rules for this fun game come in many shapes and sizes, but happily, they’re relatively easy to follow and learn.

Baccarat, the game of choice for kings, princes, and secret agents in long-running film franchises, can look a bit complicated at first, but it is in fact very easy to understand. The main difference between baccarat Banque, punto banco, and chemin de fer (James Bond’s favorite game, generally quite rare in online casinos and outside France) are who gets to shuffle and deal the cards. But overall, the basic baccarat rules are easy to follow.

Since it’s a game of chance, in one of the purest senses of the term, with card counting effectively useless until the very end of the shoe (and even then, it depends on which baccarat game rules you’re using), your winnings are determined by who you bet on to win. Baccarat tends to be played between 2 people, the banker (who may or may not be the casino itself) and the player.

The winning hand doesn’t necessarily win you anything unless you’ve bet on it, and therein lies the fun. So here a set of generalized baccarat rules for beginners. We’ll also have a look at some of the other variations in a little bit too. 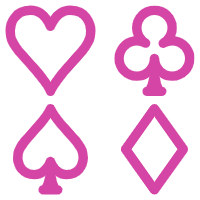 As we have already pointed out, baccarat is nominally a game between the bank and the player. However, you’re betting on the hand you think will win, so the winning hand is not massively important. It’s which one you bet on that’s important. The rules of baccarat are simple: the hand with the higher score wins. Cards are scored according to their numeric value, so an ace is worth 1 and 9 is worth 9. Tens and face cards, however, have no score. Baccarat casino rules are relatively simple, right? Let’s kick it up a notch.

The scoring has one more twist: hands are worth only the rightmost digit in their score. So, if you get a 9 and a 3, with a nominal value of 12, this is only worth 2 (as that’s the rightmost number in the score). It also explains why tens and face cards are worth 0.

In the usual baccarat rules of play, 2 cards are drawn for each player, at which point the scores are calculated. If either hand has an 8 or a 9, no further cards are drawn, but if they aren’t “natural,” the rules are consulted to determine who draws next. Only one extra card per hand is ever drawn, according to the rules. After totaling up the scores, the hand with the highest score wins, and the bets are paid out accordingly.

Baccarat drawing rules are quite complicated, but typically, if the player draws a third card (if he or the banker has less than 8 on the first draw), the banker will also draw a third card. If the player doesn’t draw, neither does the banker. The highest score (the closest to 9) wins.

A player can place bets on whether the player’s hand will win, the banker’s hand will win, or whether they will tie. Bets are paid out at 1 to 1 for the player’s hand, “1 to 1” for the banker’s hand (less 5% “commission” for the house), and somewhere typically around 8 or 9 to 1 for a tie. So that’s how to play baccarat in a nutshell. Let’s look at some variations.

Rules of baccarat for beginners

The three different versions of baccarat have slightly different rules for the dealer-cum-banker, which might seem to be a bit confusing for beginner players. But never fear, as it is not as complicated as it might appear at first. The question is simply who acts as the banker-cum-dealer, and when (or if) that position rotates amongst the players. While the basic rules are the same, baccarat dealer rules change marginally, depending on the game. 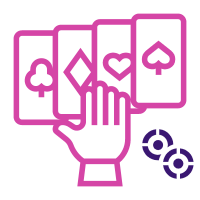 In punto banco, the house is always the banker and dealer and handles the cards. Players just need to bet on the outcome of the hand. It’s a relatively simple and passive game, with little in the way of active involvement from the players. In casino baccarat, rules for punto banco usually prevail, as this is the most popular form of the game.

In contrast, in both baccarat Banque and chemin de fer, the role of the banker rotates amongst the players, who, each take it in turns to both deals and serve as the bank. In chemin de fer, a player holds the position of banker until he loses a hand, in which case the role passes to the next person. In Banque, the banker holds his position until either the cards in the shoe have all been dealt out, or he retires or cannot continue financially. But as these games aren’t found outside high roller rooms in the heart of Europe, it’s unlikely you’ll encounter them in too many places.

So, depending on your preferred version of casino baccarat, playing rules can vary, but either way, you’ll have plenty of fun with this great game.

How to play baccarat online

The good thing about baccarat is that it translates perfectly into an online game. Place your bet, click, and wait. The rules for baccarat online are the same as the regular, land-based game, with the only difference being that play tends to be much faster.

You’ll usually find a few variations of either punto banco or regular baccarat at most online casinos. There’s plenty of range and plenty of opportunities for players with different bankrolls. There is also usually a table limit to protect the casino (and indirectly, you) from major losses, so that’s something to be grateful for. But overall, online baccarat basics are exactly the same as those for the offline game. 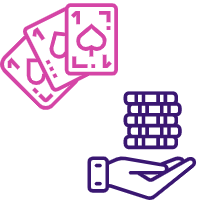 Baccarat has gained so much notoriety because of the huge sums that can be won or lost on it. James Bond bankrupted Le Chiffre in the original Casino Royale, while the Prince of Wales was involved in a scandal while playing this game for big wagers. But if you’re worried about online baccarat betting rules, though, don’t fret about not having deep pockets.

Most online casinos have a limit on the maximum bet you can place, depending on how much you want to wager. While this isn’t to protect you, the player, it does serve the purpose of limiting your potential losses. The rules to baccarat online can help to save you from spending absolutely everything you have, but you should still exercise caution. Be careful while playing this game, is what we’re saying, but have fun too!

Is Baccarat a difficult game to learn?

No, Baccarat is not a difficult game to learn, in reality, it’s otherwise. No matter where you play it – whether it’s online or at a mortar and brick casino Baccarat is still a simple game. There are only 3 betting options which are the player, the banker, and a tie.  All you need as a player is to bet on someone who might have a hand closest to 9. So, if you learn the card values and how they add up, you’re already good to go.

Is it possible to play Baccarat online with real dealers?

Yes, it is possible to play Baccarat online with real dealers. Most online casinos on the internet offer such an option – however, imagining how it works might be a little confusing. Compared to traditional Baccarat, live dealer works by live-streaming a dealer from a mortar casino somewhere in the world. The user interface is almost identical, and every process is the same, which makes the gaming experience feel like being in a real casino.