Home / Online Casino Games – Are they any good? / Backgammon – Modern casino version / Backgammon Strategy – Start having an edge on the game

Backgammon Strategy – Start having an edge on the game

As one of the oldest games ever invented in human history, Backgammon has not lost its admiration throughout the generations and is still played in the XXI century, and the number of online casino backgammon strategies hasn’t stopped growing either.

The goal of the game is to move a set of checkers to the bottom right slot of the board (also called to bear off one’s checkers). This might leave the impression that a casino backgammon strategy is not needed since all you have to do is moving your checkers, without holding any information from your opponent. But the truth is Backgammon is more about strategy and skills than just mere luck.

Played with only two players, each one of them will get 15 checkers (30 in total), and the main goal is to get all your checkers off the board before the other player does according to the dice. 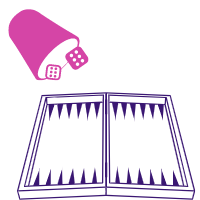 Newbies are encouraged to learn backgammon strategy to start having an edge on their games.
Starting with the basic information, the Backgammon board has 24 points or triangles, separated into 4 quadrants, each one with 6 points. You can also see it as 12 points/triangles for each player.

Each player will have a home board and an outer board divided as follows:

If we divide the board into 24 points, then points 1 to 6 will be the home board for Player A, and points 7 to 12 will be his/her outer board.

The same rule applies for the opponent (e.g. Player B) and the remaining points, i.e. points 19 to 24 will be his/her home board, and points 13 to 18 will be his/her outer board.

Unlike many casino games, Backgammon doesn’t rely on lady luck for the outcome, but it is rather a very skillful game, and with an advanced backgammon strategy players will be able to make it to the end and win the money pot.

The only moment of ‘chance’ left in the game is when players roll the dice and wait for the outcome. There isn’t any online backgammon betting strategy that can help you with this since you (nor any player) will have any control over the dice. The rest of the game will heavily rely on the players’ skill to predict the opponent’s movements and thinking of the fastest way to move your checkers on the board.

A handful of online casinos offer an online version of Backgammon to their players, displaying the entire board as in the real-life game. Playing online backgammon can give you an edge similar to real-life backgammon, since the same rules apply, and also the chances of winning, therefore almost all backgammon winning strategies used on brick-and-mortar casinos can also be used for the online platform. 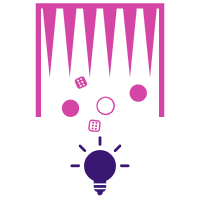 Doubling the stakes is a part of any game, but in Backgammon it takes a whole different dimension. Doubling your bet is actually one of the most widely used backgammon playing strategies amongst intermediate to advanced players in this game.

Doubling the stakes may not be the best backgammon strategy for beginners, since you may not be too familiar with the rules. But once you’re more experienced with the game, then this can become your most powerful weapon.

Players must place the doubling cube on the bar, displaying the #64. The player, in turn, may either choose to play with the current stake or to double them.

This is when having a strategy for backgammon will help you get the best out of it. Players can take the challenge or simply drop out of the game.

If the cube drops a doubled stake, then the opponent loses the game with a value equal to the doubled bet. The game can also be redoubled up to an unlimited number of times (up to 128 or even 256 times), though most players may stay up to 4 times the original bet. This is one of the most advanced backgammon strategies since it involves larger amounts of money.

Raising the stake is perhaps the best backgammon strategy. It is a powerful weapon you can use to intimidate your opponent. Since players can’t keep any secrets on this game (i.e. there are no secret aces or anything that you may keep to yourself, but instead everything is shown on the board), raising the stakes brings intimidation and may prevent your opponent from continuing on the game.
Players who believe they have a solid edge on the game should double their bet. Your opponent can either choose to take the double bet or to refuse it and lose one point from your total score. 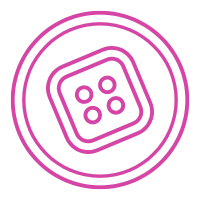 Combining luck and skill, Backgammon’s online or real-life versions both need strategy and practice. To win in Backgammon you must run faster and harder than your opponent. In the online world, and as a part of the basic online backgammon strategy tips, the computer won’t be intimidated by your bet; instead strategic and unanticipated moves may be your best weapon.
As with all strategies for backgammon online, be careful of leaving checkers alone at one point. A lone checker is called a ‘blot’ and can be hit by your opponent. If that happens, that checker will have to start all over again, and you won’t be able to make any other moves until that checker has reentered the board.

Keep in mind that all your checkers must be on your home board so you can start taking them out.
Remember that the basic backgammon strategy is to move all checkers from point #24 to point #1 (and counter-wise for the opponent) by throwing the dices on the board and moving your checkers according to the outcome. Doubling the stakes may not produce such a good outcome when you’re playing against a computer since it won’t fear a higher bet.

Is online Backgammon easy to learn?

Yes, we think that Backgammon is a pretty easy game to learn, compared to other strategy games like chess. To put it into a few words, online Backgammon is not different from the ones that can be physically played, and the rules are the following: Backgammon is generally played by two players and each of them has 15 checkers on their boards, which is 24 points in total. Some might agree that understanding the concept of Backgammon might be a little difficult, but once you start playing, everything will get to its right place.

Is Backgammon a game of chance or strategy?

We can say that it is both. While most people think that the game is only based on randomness and you have no ability to control the outcomes, it is not completely true. If it was true, there would not be any strategies created – meaning that when you make the right moves, you increase the chances of you winning. However, if two evenly skilled players are about to play Backgammon, the results probably will be hundred percent luck.