Home-News-Online gambling will be sentenced to death in Iran – a new gambling bill
News
by Katerin Cruz on December 30, 2020 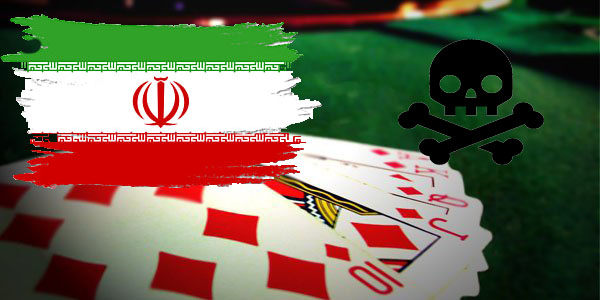 Iran is widely known for its strict rules against gambling. Any form of gambling and especially, online gambling has never been allowed for Iranian people but since people have been violating the rules, now the gambling-related regulation will be revised.

Recently a Vice president of the Judiciary and Legal Commission of the Iranian Parliament announced that they plan to make the regualtions far stricter about violating gambling-related rules. By the right of a new bill, drafted by the VP, any form of gambling and betting activities may soon be punishable by death sentence.

Elected officials of this Islamic Republic declared that they are in the process of developing new law. A drafted bill threatens Iran’s online gamblers with a death sentence. According to Reza Taghipour Anvari, a member of the Islamic Consultative Assembly, making the gambling-related legislation harsher is important to avoid illegal online betting which has been very frequent in Iran recently. By the time the law is implemented, the government will be officially allowed to punish gambling crimes by death.

The main aim of this new law is to detect all the criminal activities of Internet gambling and catch everybody who operates betting websites illegally in Iran. This crime will be called “corruption on Earth” by the judges and will be punishable by death. This category of crime is a part of the jurisdiction of most of the Muslim countries. According to their beliefs, sentencing to death is God’s order for mankind.

Online gambling is not the only activity that is in the least of these “corruption” crimes. Some other crimes that are punishable by death in Iran are homosexuality, prostitution, political corruption, and treason. All of these crimes are against Islamic beliefs and this is why they are so strictly punishable.

Gambling has always been restricted in Iran. While the gambling industry is an integral part of the economies of most European countries, in Iran and other Muslim countries any form of gambling is considered illegal and is against the law. Therefore, the government tries hard to reveal these kinds of activities and punish gamblers to avoid further crimes.

However, Iranian gamblers usually find alternative ways and take part in illegal gambling by using offshore casinos. This frequently threatens their safety because gambling on offshore sites can be dangerous as no safety measures are available. Now if this law will be implemented in the legal system of the country, probably the situation will worsen even more.

Recently authorities arrested ten people, two of them being foreign-based Iranian residents, and the reason was taking part in the promotion of online gambling via social media. Implementing this means bill means that the will be sentenced to death. We don’t know yet if the law will be received but if it will be, the results of it won’t end silently.